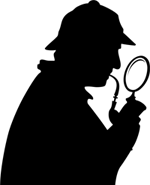 If this year’s search terms have taught me anything, it’s that the world needs a quality robot mouse cat toy — preferably something better than the Squeaker 3000 Robotic Toy Mouse.

I also learned that the problem of getting locked in the bathroom because the door is blocked by an open drawer is much more widespread than I’d previously imagined. I posted about my experiences with this last summer, and while I did manage to get out alive, I suspect that most people won’t be able to use my escape technique. So please, everyone, take these simple precautions:

First, figure out the number. Super Bowl XLV was played in 2011. XLV is the Roman numeral for 45, and the numbers increase by 1 each year, so obviously you can find the number for any future Super Bowl by calculating

If you have trouble remembering the formula, just use this simple mnemonic: Sally Told You That She Tasted Part Of The Yellow Apple, 3932 Truffles, And 3865156 Anchovies Today — Then She Regurgitated, which makes it easy to remember to Square The Year, Then Subtract The Product Of The Year And 3932, Then Add 3865156 And Take The Square Root. Or I guess you could just add 1 to the previous year’s number, or maybe subtract 1966 from the year. Whatever.

Once you have the number, you just need to convert it into Roman numerals. That’s also pretty simple, as long as you remember the symbols for each number:

Based on what they’re searching for, many people seem to want to be reassured that they have nothing to fear but fear itself. Those people are wrong. They should also fear zombies.

I wrote a post last year inspired by the search term MY SON KEEPS SEEING BEES BUT THERE IS NO BEES. Since then, I’ve been getting a lot of searches from people who seem to be concerned about loved ones hallucinating bees and other kinds of insects. I also get lots of searches from people who see flies in the house all of a sudden. Sometimes I wonder how often I get both kinds of search from the same household.

In the unlikely event that you’d want to read even more about search terms, you could check out my open letter to anyone who was directed here by a search engine, which is a year old today (although it has been updated a few times).

Only 330 more days until Sugar Plum Awareness Month! Sugar Plum fact of the day: a sugar plum dropped from the roof of the Empire State Building would hit the ground in approximately 9 seconds.

View all posts by Laura

This site uses Akismet to reduce spam. Learn how your comment data is processed.

Posts that don’t make me cringe. Much.

The Archives page has links to every post that's ever appeared on this blog.

Not what you were looking for?

If a search engine brought you here while you were looking for something else, please see An Open Letter to Anyone Who Was Directed Here by a Search Engine.

What people have been saying